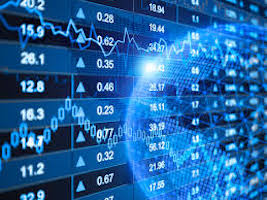 For all golf and sport (in general) fans, September ended with an emphatic Ryder Cup win for Europe over the United States of America. Looking at the comradery of the team in blue, it might be more beneficial if they were leading the Brexit discussions and negotiations.

In the US, the Dow Jones Industrial Average’s performance was up 1.9%, closing September at 26,458.31.
In terms of £ Sterling, it ended September at 1.30 US Dollars. This was 0.6% higher than the closing figure at the end of August.

Against the Euro, it was a similar story with £ Sterling ending September at 1.12 Euros, which was 0.6% higher than the August closing figure.

Inflation, as measured by the Consumer Prices Index including owner occupiers’ housing costs (CPIH), was 2.4% in August 2018 (this is August’s data which is reported in September). This was up from 2.3% the previous month. The 12-month rate for the Consumer Prices Index (CPI) rate which excludes owner occupied housing costs and council tax was 2.7% in August 2018, up from 2.5% in July 2018.

The Bank of England maintained interest rates at 0.75% in September following the increase in August. This means long-suffering deposit savers continue to lose money in real terms when you consider the rate of savings interest compared to the rate of inflation.

The Omnis Managed funds, Openwork Graphene Model Portfolios and new Omnis Managed Portfolio Service provide you with a diversified asset allocation in line with your Attitude to Risk, investing in Developed Market Equities, such as UK, US, Europe and Asia Pacific as well as Emerging Market equities. Cautious and Balanced investors will also have significant holdings in UK and Global Bonds, as well as Alternative Strategies.

We believe this multi-asset approach aims to give you the best opportunity for the highest level of return for your stated level of risk.

Past performance is not a guide to future performance. The value of an investment and any income from it can fall as well as rise as a result of market and currency fluctuations. You may not get back the amount you originally invested.

Investment values can fall as well as rise. You may get back less than you invested.

YOUR HOME MAY BE REPOSSESSED IF YOU DO NOT KEEP UP REPAYMENTS ON A MORTGAGE OR ANY OTHER DEBT SECURED ON IT.

HM Revenue and Customs practice and the law relating to taxation are complex and subject to individual circumstances and changes which cannot be foreseen.